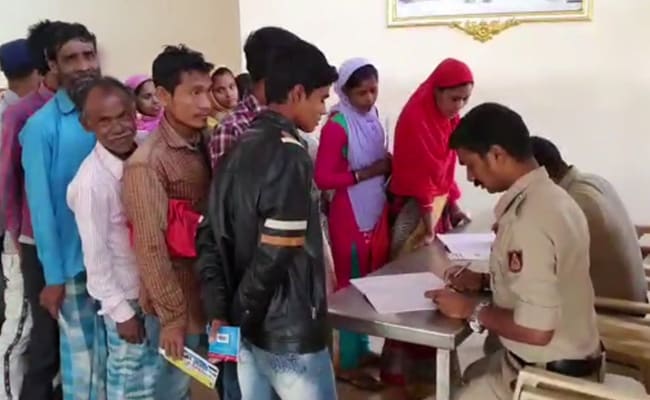 Police told NDTV that nobody had been detained and it was a routine process.

Police in Kodagu district of Karnataka are in the process of verifying the documents of thousands of migrant workers from other states who have come to earn a living in the district’s coffee plantations.

Suman D Pennekar, Superintendent of Police, Kodagu, said, “Kodagu district has a lot of coffee estates and there are a lot of labourers coming from outside the state. In this backdrop and due to the developments of crimes that are taking place… We thought of conducting a drive wherein we would be taking documentary identification details from these labourers who have come from outside the state. Especially, Uttar Pradesh, Bihar, Rajasthan, Assam and West Bengal.”

“We identified three places in three talukas wherein labourers from the estates were called along with their documents and the verification was done online. Most of them were able to produce their documents. A total of 5000 labourers were verified. Some were not able to produce documents so such labourers, their photos, details, names and everything is taken separately – and we would be verifying their details once again as a procedure of thorough checks. So a secondary level of verification will also be done in this regard… This is not the end of it. We will be pursuing such drives in the future also for the purpose of safety and security of the district,” he said.

The police officer told NDTV that nobody had been detained and it was a routine process. But it still isn’t clear on whose order this was carried out and when it was decided that such a massive exercise would happen.

The verification drive comes soon after huts of many migrant workers were demolished in a slum in Bengaluru – after reports of the presence of Bangladeshi migrants living there illegally.

Haris Abdul Rehman, a social worker in Kodagu, said, “Today from three or four police stations, verification of Assamese workers is going on. But this will be incomplete. Probably only those with documents will come for this – others will not. It is giving difficulty to people rather than being a thorough check. They are taking them with small children to Madikeri.”

He added, “Here in Kodagu, you are seeing the plight of the Assamese workers, taking their children. This is a sample of what it will be like for all of us if NRC comes into effect.”

The police say they are conducting the verification for law and order reasons. But in the backdrop of the controversial Citizenship Amendment Act or CAA, which has seen protests around the country, the checks are being questioned.

Fri Jan 24 , 2020
Progressive Democratic Front (PDF) floor leader in the State Legislative Council Vitapu Balasubrahmanyam has urged the ruling YSR Congress Party not abolish the upper house in the wake of its decision to refer to the Select Committee the two Bills relating to decentralisation of capital. Speaking the media here on […]