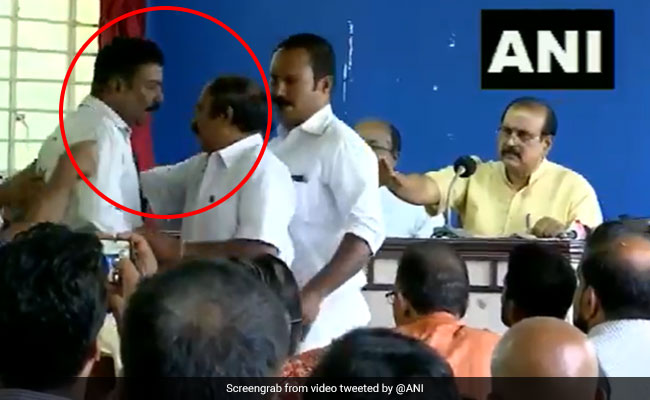 The former top cop asked the journalist if he was drunk.

A journalist was allegedly manhandled in Thiruvananthapuram on Thursday for asking former Kerala Director General of Police TP Senkumar about leader of Opposition in the state assembly Ramesh Chennithala’s remark that appointment of the IPS officer during the tenure of the previous Congress-led UDF government was a “huge mistake”.

Mr Senkumar’s supporters attempted to manhandle the journalist and push him out of the hall but other journalists present intervened and came to his rescue.

The former top cop asked Mr Rasheed “Are you a journalist? Are you drunk?”

Later the Kerala union of working journalists Trivandrum district committee demanded an apology from the former DGP. The committee also demanded that police register a case against those who manhandled the journalist.

Following this, Mr Senkumar reached the press club hall accompanied by a large group of people.

Lone elephant goes on a rampage near Chittoor

Fri Jan 17 , 2020
A lone elephant, which strayed away from a herd of 15 jumbos from the neighbouring Tamil Nadu forests, kept trampling standing crops of paddy and groundnut at Dalavaipalle village of Yadamarri mandal, 15 km from here, on Friday morning. This has lead to panic among the farmers. One youth injured […]