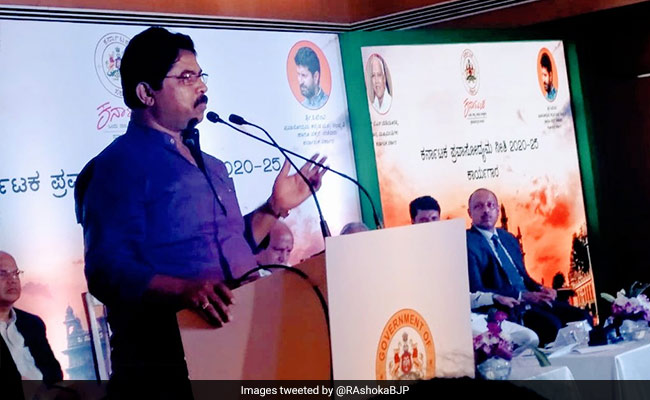 Everyone has to obey the law of the land, Karnataka Revenue Minister R Ashoka said. (File photo)

Sending out a stern warning, Karnataka Revenue Minister R Ashoka on Thursday said the state government would emulate Uttar Pradesh and confiscate properties of those who caused damage to public properties during protests against the Citizenship (Amendment) Act.

Everyone has to obey the law of the land and not give an opportunity for such an action by the government, he told reporters.

“…the way in which Uttar Pradesh government has decided to confiscate the properties of those indulging in violence – if such things (violence) happen again (here), it will be brought in Karnataka also,” Mr Ashoka said.

Uttar Pradesh Chief Minister Yogi Adityanath has said that properties of those involved in the violence would be seized and auctioned to compensate destruction of public and private assets during the protests over the amended citizenship law.

On Wednesday UP officials had said over 60 people have been “identified for violence” during last week’s anti CAA protests in Rampur and Gorakhpur and issued notices, asking them to explain their position or pay for damage caused to public and private property.

Meanwhile, Karnataka BJP General Secretary and Member of Parliament Shobha Karandlaje too urged the state government to identify those who caused damaged to public property during the protests in the state and make them pay for it.

“They should not be let away, no one has the right to destroy public property… any one can protest, but if they cause damage to public property, government should make sure that they pay for it,” she added.

Anti-CAA protests had reached its peak in the state last week and turned violent in Mangaluru, resulting in the death of two in police firing.

“Whether it is CAA or NRC it is the law of the country, Congress MLA should also follow them and so does BJP MLAs and everyone else,” he said.

Fri Dec 27 , 2019
By Express News Service VIJAYAWADA:  Supreme Court judge Justice NV Ramana emphasised the need of conserving the Telugu language and described it as a responsibility of every Telugu. He said if Telugu people today fail in discharging this responsibility, the future generations would never forgive them. In a letter to […]