VISAKHAPATNAM: As many as 35 youngsters from localities in and around Visakhapatnam are trapped in the locked-down city of Wuhan in China amid the outbreak of the deadly coronavirus. They are part of a group of 58 staff of Panel Optodisplay Technology Private Limited (POPTL) who went there last August for training. The youngsters are now seeking help from the government to be evacuated.

Chinese company POTPL selected 35 students from the city last year during campus placements, to work at its upcoming LCD TV screen-manufacturing unit near Tirupati. Later, they, along with others, were sent to Wuhan for training. The batch was to return to India in the first week of March this year.
When the first case of coronavirus was reported in Wuhan on December 31 last, officials of the company told them that there was no need to worry. However, as the virus spread, even the Chinese government declared that Wuhan was not safe. Though the company eventually initiated steps to send the Indians home, it was too late as the entire city was locked down from January 23.

The employees’ parents are worried and want their wards back home at the earliest, said AVL Narasimha Rao, the father of one of the trapped staffers, A Rama Rajnjay. The employees are kept in isolation and not allowed to leave their premises, though the company is taking care of their well-being, he added.
About 270 students from India study in Wuhan University, and the Indian government has kept a flight ready in Mumbai to bring them back, but is waiting for clearance from China, Rao said.

However, he added that the parents of the POPTL employees are not sure if their wards are on the list of people to be brought on the flight from China. They have written to the Indian Embassy in Beijing seeking help.

Rao also explained that the parents have created a WhatsApp group to share information, and are planning to meet in Visakhapatnam on Thursday. They earlier met Visakhapatnam MP MVV Satyanarayana and sought his help. The MP, in turn, wrote to Union External Affairs Minister S Jaishankar, requesting him to evacuate the employees. The parents also plan to approach Vice-President M Venkaiah Naidu for help.

Meanwhile, APIIC chairperson and Nagari MLA R K Roja has promised all possible help to bring back the 58 employees as soon as flight services are resumed at Wuhan. “I have received messages from relatives of employees from Sri City SEZ and TCL factory, requesting for their wards to be brough back. I have brought the issue to the notice of Chief Minister YS Jagan Mohan Reddy and MP Vijayasai Reddy, who directed the officials concerned to make arrangements to bring back the 58-odd employees,”  she said. 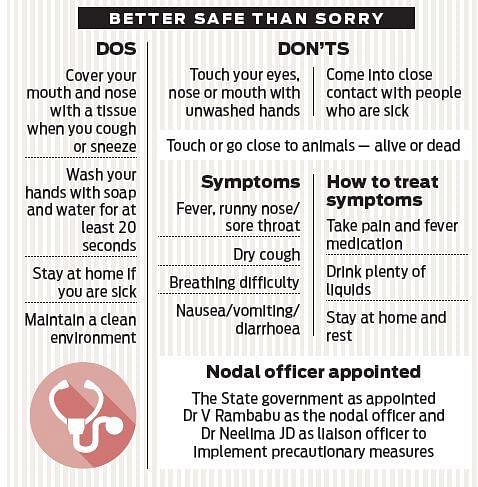 Water meters for every household in Guntur- The New Indian Express

Thu Jan 30 , 2020
By Express News Service GUNTUR: Guntur Municipal Corporation (GMC) commissioner C Anuradha directed the officials concerned to give drainage connection to every household in the city and connect it to the underground drainage system. Anuradha inspected Nallacheruvu, Koneru Road, R Agraharam and Dalavai Vari Veedi in the city on Wednesday. […]