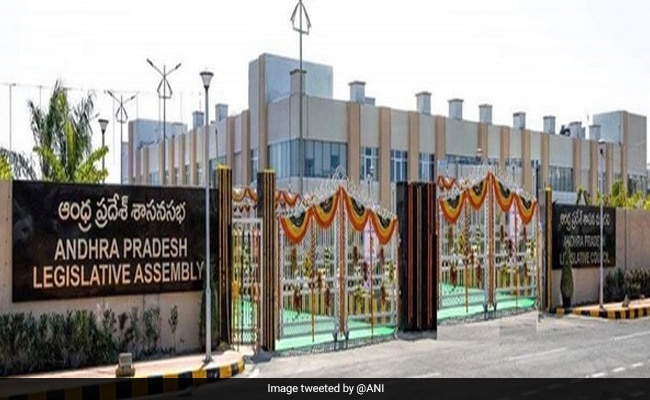 A proposed law for tougher punishment, including the death sentence, within 21 days for those guilty of crimes against women was cleared by the Andhra Pradesh assembly on Friday, a little over two weeks after a young woman’s gang-rape and killing in neighbouring Telangana. The law has been dubbed the “AP Disha Act” after the name given to the woman in social media campaigns and protests after the horrific crime.

Speaking in the state assembly, Chief Minister Jaganmohan Reddy once again said “hats off to KCR and to Telangana Police” and also commented on the National Human Rights Commission and the probe ordered by the Supreme Court through a three-member commission. On Monday, the Chief Minister said there was “nothing wrong in the four accused being shot dead because there was conclusive evidence”.

The Andhra Pradesh Criminal Law (Amendment) Act enables quick trial and judgement in cases of rape and acid attacks in which there is clinching evidence against the accused. The trial has to be completed within 14 days and the verdict has to be pronounced within 21 days. The appeal period has been cut to 45 days from six months.

The highlights of the new law in Andhra Pradesh include exclusive death penalty for rape crimes where “adequate conclusive evidence” is available. At present, the provision for punishing rape offenders is sentence for fixed jail term leading to life imprisonment or death sentence.

The proposed law to swiftly punish those guilty of crimes against women comes weeks after a young veterinarian was raped and set on fire by four men on a highway near Hyderabad. The four accused were shot dead by the Telangana Police, who said they tried to escape when they were taken to the crime scene for a reconstruction as part of the probe.

The state cabinet has also approved the Andhra Pradesh Special Court for Specified Offences against Women and Children Act, 2019, which allows exclusive special courts in each district to address crimes against women and children.

This law allows action against those who upload posts on social media that attempt to harass or degrade women. First-time offenders will face two years in jail. For the second offence, the jail term is four years.

For crimes against children, offenders can face 10 to 14 years in jail and the term can be extended to life based on the severity of the crime under the Protection of Children from Sexual Offences (POCSO) Act. At present, the law says punishment ranges from minimum three to maximum seven years in jail.

The period allowed for disposal of appeal cases has been reduced to three from six months. There is also a provision for district special police team headed by a senior officer and a special public prosecutor for each special court.