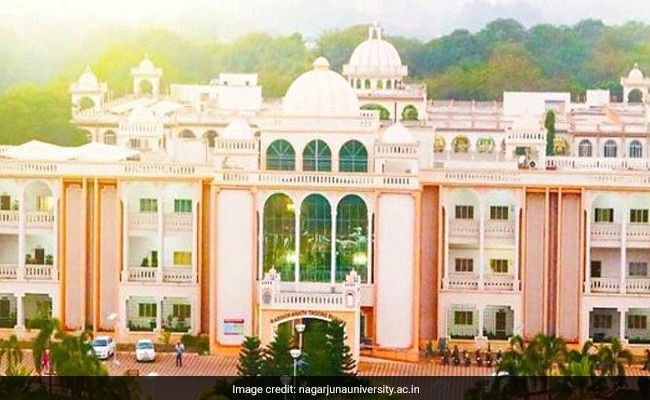 The Andhra Pradesh students were suspended from the Acharya Nagarjuna University (ANU) hostel.

Four students of the Acharya Nagarjuna University in Andhra Pradesh’s Guntur have been suspended from their hostel for taking part in protests demanding that Amaravati be retained as the sole capital of the state.

Two students of Journalism and Mass Communication Department – Asirvadam and Naveen, and two students of English Department – Raju and Edukondalu – were suspended by the hostel chief warden Dr Ramachandran, as per the orders of Vice-Chancellor (FAC) Prof P Rajasekhar.

The suspension order claims that the said students took part in “anti-government activities” and hence, they have been suspended for this reason.

The students were ordered to appear before the university’s disciplinary committee. The committee will seek their explanation and decide the period of suspension, the order said.

In his tweet, Mr Jayadev questioned whether the students have no right to hold a peaceful protest.

“ANU suspending 4 students for participating in Pro-Amaravati programme, & calling them Anti-Govt is highly condemnable. 2 of them are pursuing journalism. First, don”t they have the right to peaceful protest? Second, isn”t the role of a journalist to question the wrong decisions of Govt? (sic)” he said.

Is Vizag ready to handle nCoV?

Mon Feb 3 , 2020
The outbreak of the novel coronavirus (nCoV) in China and its subsequent spread to other countries, including India, has thrown a challenge to the medical fraternity. The strain in this virus is new and mutated and there is no vaccine as of now. The only immediate remedy in sight is […]